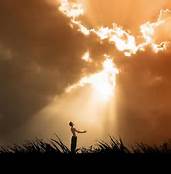 When it was evening on that day, the first day of the week, and the doors of the house where the disciples had met were locked for fear of the Jews, Jesus came and stood among them and said, “Peace be with you.” After he said this, he showed them his hands and his side. Then the disciples rejoiced when they saw the Lord. Jesus said to them again, “Peace be with you. As the Father has sent me, so I send you.” When he had said this, he breathed on them and said to them, “Receive the Holy Spirit. If you forgive the sins of any, they are forgiven them; if you retain the sins of any, they are retained.” But Thomas (who was called the Twin), one of the twelve, was not with them when Jesus came. So the other disciples told him, “We have seen the Lord.” But he said to them, “Unless I see the mark of the nails in his hands, and put my finger in the mark of the nails and my hand in his side, I will not believe.”

A week later his disciples were again in the house, and Thomas was with them. Although the doors were shut, Jesus came and stood among them and said, “Peace be with you.” Then he said to Thomas, “Put your finger here and see my hands. Reach out your hand and put it in my side. Do not doubt but believe.” Thomas answered him, “My Lord and my God!” Jesus said to him, “Have you believed because you have seen me? Blessed are those who have not seen and yet have come to believe.” Now Jesus did many other signs in the presence of his disciples, which are not written in this book. But these are written so that you may come to believe that Jesus is the Messiah, the Son of God, and that through believing you may have life in his name.

And now it’s later that same day.  This is the passage that we always read the Sunday following Easter Sunday.  It is a continuation of the story, the continuation of the journey toward belief and faith.  The Gospel According to John tells us that the disciples are gathered in a room as evening wraps around them.  The mood is bleak.  The questions are everywhere.  They don’t know where to turn. They had placed everything in Jesus—all their hopes, all their dreams.  And now, well, it was just confusing.  What were they supposed to think?  Where were they supposed to go?  What were they supposed to believe?  They were still questioning, still not so certain about what they had seen.

Then, almost without warning, Jesus appears.  “Peace be with you,” he says and shows them his hand.  They recognize him and they rejoice.  He is alive!  But for some reason (we’re not really told why), Thomas is not with them when this happens.  So, when he returns, they tell him what they have seen.  That’s the key.  They SAW!  They experienced it.  So Thomas is just supposed to fall in line behind the others without asking any questions?  Personally, I think Thomas gets a bad rap in this.  After all, who of us has not doubted?  Who of us hasn’t struggled with what it is we believe?  And, to be honest, who have us have dared to ask the question that everyone is thinking?  Show me.  Show me so I can believe.

And you know what happens?  Jesus doesn’t reprimand him.  Jesus doesn’t dismiss his searching and his struggling as a lack of faith.  Instead, Jesus gives him what he needs.  Jesus gives Thomas himself.  Thomas’ question sort of dares Jesus to show himself.  I wonder if Thomas really thought that Jesus would respond.  Maybe he did.  What an incredible act of faith THAT would be!  Maybe Thomas’ story is a lot different than we thought.

The thing is, so many of us are a lot like most of the disciples.  We believe what we saw, what is clear, what we’re told, what is “without question”.  (Well, let me give you a clue…NOTHING is without question.  The Bible is not a textbook.  It is a journey.)  Would it be odd to say that more of us SHOULD be like Thomas?  See, Thomas wanted to believe.  He wanted to believe that the horrible thing that had happened had never happened.  But that’s not faith; that’s some sort of magician’s trick.  So Thomas was trying to find a way to live his new normal.  And he wanted to touch Jesus.  And he wanted to hold Jesus.  He wanted to touch him and feel him and smell the familiar scent of his friend.

A few years ago, one of my best friends died.  We were lucky.  We got to say goodbye.  We got to tell each other that we loved each other.  As the end approached, her husband called me and told me that she had said I should come.  And when I got there, he went and sat outside.  She and I sat there together.  We recounted some memories.  We talked about how screwed up things around us were (because one thing we always had in common was that we were sure we knew a better way!)  And then we just sat.  We talked about unimportant things or we just sat in silence.  Perhaps it was our way of breathing in each others’ presence, becoming a part of each others’ being.  When I left we embraced and told each other that we loved each other.  She died four days later.

Thomas has become “Doubting Thomas” in the church tradition.  But, what if he just wanted to be with Jesus?  What if he just wanted to breathe him in, to become a part of his being?  What if Thomas was the one that had the faith to abide in Jesus, to become a part of him?  What if he wanted to tell Jesus he loved him?  We are not asked to believe in the Resurrection or even in our own resurrection as some sort of static thing.  We’re not told to never question or never ask, “How can this be?”  We all journey in different ways; we all have different needs.  And Jesus gives each of us exactly what we need.  See we can stand back in the shadows and believe what we’ve read or believe the story we’ve been told.  Or we can dare to come close enough to breathe Christ in and become a part of Christ’s Being.  We can dare to abide in Christ and open ourselves for Christ to abide in us.  It will change everything.  Our journey will be different.  And it’s OK to ask questions along the way.  Because, see, when you abide in Christ, you become someone different.

Every question in life is an invitation to live with a touch more depth, a breath more meaning. (Joan Chittister)

One thought on “Abide”