“A mortal, born of woman, few of days and full of trouble, comes up like a flower and withers, flees like a shadow and does not last. Do you fix your eyes on such a one? Do you bring me into judgment with you? Who can bring a clean thing out of an unclean? No one can. Since their days are determined, and the number of their months is known to you, and you have appointed the bounds that they cannot pass, look away from them, and desist, that they may enjoy, like laborers, their days.  “For there is hope for a tree, if it is cut down, that it will sprout again, and that its shoots will not cease. Though its root grows old in the earth, and its stump dies in the ground, yet at the scent of water it will bud and put forth branches like a young plant. But mortals die, and are laid low; humans expire, and where are they? As waters fail from a lake, and a river wastes away and dries up, so mortals lie down and do not rise again; until the heavens are no more, they will not awake or be roused out of their sleep. Oh that you would hide me in Sheol, that you would conceal me until your wrath is past, that you would appoint me a set time, and remember me! If mortals die, will they live again? All the days of my service I would wait until my release should come.

I don’t think we’ve ever really known what to do with this day.  It is a day “in between” death and life in our often compartmentalized minds.  In the past, I’ve had the benefit of Easter Vigil Services to hurry the day along.  But, honestly, that’s sort of a jump on Easter morning.  What is this day itself?  Scripturally, the day exists to fulfill the “on the third day” thing. In the Scriptures, it almost doesn’t really have a place except to just be.  (And maybe that’s not so bad.)  Historically, the day was skipped because it was the Sabbath–not a day for preparations of bodies.  Traditionally, (which is based on Scripture, but not really IN Scripture), look to the old version of the Apostles’ Creed.  According to that version, “[Jesus] was crucified, died, and was buried; he descended to the dead…”  So, according to those words, while the world we know was mired in grief and shadows, Jesus was busy.  He had descended to the dead and, even there, was making all things new.  As the passage from Job recounts, they were being released.  I mean, God has promised to re-create all there is.  I believe that.

In his writings, Pierre Teilhard de Chardin wrote the phrase, “Le toujours Noveau Dieu“.  “God is always new”.  Teilhard contended that God does not simply do new things but that God IS always new.  The Dominican mystic Meister Eckart had a similar insight when he wrote, “God is the newest thing there is, the youngest thing there is.  God is the beginning and if we are united to God we become new again.”  I think we tend to often fall into thinking of God as the One who presides over newness, sort of a prime mover not really controlling us (because, free will and all) but somehow administering the whole of Creation while we pray for help and guidance.  But this notion that everything about God IS new, IS being made new, sort of flies in the face of that.  God is the Great I Am–always New.  Life is always new.  Every end is a new beginning and every season becomes a new one.  There are no dead ends out of which God will pluck us to stand again.  God is always there as Newness.  But it means we have to let go of the pieces that lay behind us. 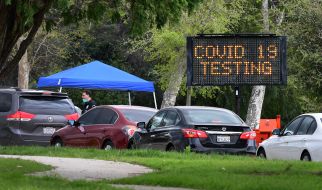 We are in the midst of trying to figure out our “new normal”.  When will the world open back up?  When will things recover?  When will our news not be filled with so much fear and death and despair?  But God doesn’t usually make a habit of just picking up the pieces and putting them back in exactly the same place.  God is not the great Copier; God is Creator.  Our brokenness is a lot more like Humpty-Dumpty than we’d like to admit.  Nothing can be put back in exactly the same place.

Instead, God walks us into Newness.  God walks us into Life.  The next few months are going to be hard.  There is no doubt.  Learning to live in a new normal is always hard.  But the promise of Jesus is not just having someone to help us through it; the promise is that all will be made New again. That’s what Life is about.  And that’s what the Cross showed us.  God did not undo what had happened; God took the pieces and created Life.

“For there is hope for a tree, if it is cut down, that it will sprout again, and that its shoots will not cease. Though its root grows old in the earth, and its stump dies in the ground, yet at the scent of water it will bud and put forth branches like a young plant.

Here are the options that are open to us when we have tragically and inexcusably failed.  We can try to deny the significance of what we have done…Or, we can cry as if our mistakes are absolutely hopeless…Or we can take the approach a mother whose child has broken something very precious, who entered into the crucible of her son’s sufferings…but then dared to say, “Come on.  Let’s pick up the pieces, take them home and see what beauty we can make of what is left.”  (John R. Claypool)

On this day, look for the Newness…and start walking toward it.

One thought on “A New Normal”