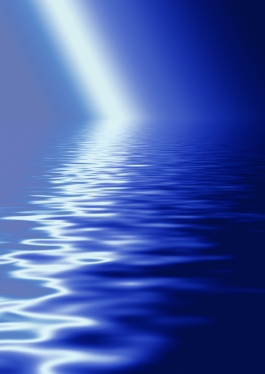 Let me hear what God the Lord will speak, for he will speak peace to his people, to his faithful, to those who turn to him in their hearts. Surely his salvation is at hand for those who fear him, that his glory may dwell in our land. Steadfast love and faithfulness will meet; righteousness and peace will kiss each other. Faithfulness will spring up from the ground, and righteousness will look down from the sky. The Lord will give what is good, and our land will yield its increase. Righteousness will go before him, and will make a path for his steps.

We’ve talked a lot about waiting and preparation, about opening ourselves to what God holds for us.  For what are we preparing though?  Well, of course, for the coming of God’s Kingdom in its fullness.  But what does that look like.  Today’s psalter is a good depiction–steadfast, unconditional love intersecting with faithfulness, becoming faithfulness; righteousness and peace being so close that they touch, linking and embracing.  The fullness is pervasive–from the ground to the sky.  The land, all of creation, will finally be what it is meant to be and the way, already prepared, will be found to be paved with righteousness.  So how does that fit into today’s world?  In this world filled with heartache and poverty, with the recent race riots exploding throughout our nation, with the fear of war or terrorism all over the globe, and with humanity’s fear of deadly disease as it leaps the oceans’ edges, how do we see love and faithfulness, peace and righteousness.  How do we see that pathway on which God can break through?

The truth is, a good part of faith includes a little imagination.  It has to do with letting ourselves look beyond where we are, with learning to see things in a different light. The French Impressionist painter, Claude Monet, is probably best known for his incredible landscapes and works of nature as well as for his paintings of those things that were a normal part of his own life. But the most fascinating part of Monet’s work are those paintings that he did as part of several series representing similar or even the same subjects—his own incredible gardens, poppy fields, a woman with a parasol, and those unusual haystacks.

The paintings in this series of haystacks were painted under different light conditions at different times of day. Monet would rise before dawn, paint the first canvas for half an hour, by which time the light had changed. Then he would switch to the second canvas, and so on. The next day and for days and months afterward, he would repeat the process. In each painting, the color of the haystack is different not because it is a different haystack, but because the amount and quality of the light shining on the haystack is different. The subject is the same but the perspective from which it is viewed changes with the light.  Up until this time, color was thought to be an intrinsic property of an object, such as weight or density. In other words, oranges were orange and lemons were yellow, with no variation as to the lens through which they were viewed. But with Monet’s studies in light and how it affects our view of life, that all changed. As Monet once said, “the subject is of secondary importance to me; what I want to reproduce is that which is in between the subject and me.” Monet’s study was one in seeing things differently.  Beyond just painting the subject that was in front of him, he began to paint the light that illumined it.

You see, as we walk through the Advent, the light changes.  The dawn is just beginning to break.  Can you see it?  Aren’t things beginning to look a little different?  That’s the whole idea.  Maybe rather than waiting for the glory of God to come, we are called to begin to see the world as it is illumined by the coming light.  God is in our midst.  God’s glory surrounds us.  What would it mean for us to begin to imagine the world bathed in its light?

For the enlightened few, the world is always lit. (Scott Russell Sanders)

FOR TODAY:  Look toward the light.  See the world differently.  Be light.