God is God and we are not.  We cannot do this by ourselves.  We cannot save ourselves.  Do you have it?  Is it clear?  (Or perhaps our brother Paul should have written yet another run-on sentence!)  And yet, we humans, we “adams”, by our very nature bear at least some of God’s characteristics, some of God’s image.  So we can’t be all bad, right?  Essentially, there is no such thing as being “only human”.  After all Christ was human, “fully human” if I’m remembering correctly.  So humanity is not bad.  I don’t think our humanness makes us bad, despite what others have maintained.  After all, God created us human.

So, perhaps the problem is not that we’re “human” but that we are not yet completely “fully human”.  You see, we keep lapsing into doing things or allowing things that are less than human or, for want of a better word, inhumane–injustice, poverty, homelessness, prejudice, greed, inequality, divisions, disunity, ____ism, _____ism, _____ism….need I go on?  We lapse into who we are not and who we are not meant to be.  The notion of “adam” that we glean from the Scriptures is, basically, a human creature, created by God, loved by God, but a creature that is destined for more.  Think of it like some sort of mock up or prototype of what humanity is, a beautiful, naked, picturesque creature surrounded by a beautiful garden.  And, yet, on some level, this creature is not yet real.  It has to become, become real.  It has to become.  It has to allow God to recreate it into a human.

Christ, God With Us, is, as we know “fully human” and “fully divine”.  Christ was the epitome of real, the perfect image of what humanity is–fully human.  Christ did not walk this earth to show us how to become divine.  (I don’t think that’s our mission!  The job of Savior of the World has already been filled. We need not apply or aspire to have that job.)  Christ came to show us how to be fully human, truly human, real.  That is who we are called to be.  We are human, beautifully, wonderfully-made.  But God’s vision of us is so much more.  The journey is for us to traverse from Adam to Christ, from the human creature to fully human, to that very image of the Godself that we were created to be.

Do you remember the Margery Williams tale of “The Velveteen Rabbit”?  “Real…doesn’t happen all at once…You become.  It takes a long time.  That’s why it doesn’t often happen to people who break easily, or have sharp edges, or who have to be carefully kept.  Generally, by the time you are Real, most of your hair has been loved off, and your eyes drop out and you get loose in the joints and very shabby.  But these things don’t matter at all, because once you are Real you can’t be ugly, except to people who don’t understand.”  You see, as we journey closer to being Real, closer to being fully human, more and more of “us” falls away and is filled by that very image of Christ.  We become fully human.  We become who God intended us to be.

Now before the festival of the Passover, Jesus knew that his hour had come to depart from this world and go to the Father. Having loved his own who were in the world, he loved them to the end. 2The devil had already put it into the heart of Judas son of Simon Iscariot to betray him. And during supper 3Jesus, knowing that the Father had given all things into his hands, and that he had come from God and was going to God, 4got up from the table, took off his outer robe, and tied a towel around himself. 5Then he poured water into a basin and began to wash the disciples’ feet and to wipe them with the towel that was tied around him. 6He came to Simon Peter, who said to him, “Lord, are you going to wash my feet?” 7Jesus answered, “You do not know now what I am doing, but later you will understand.” 8Peter said to him, “You will never wash my feet.” Jesus answered, “Unless I wash you, you have no share with me.” 9Simon Peter said to him, “Lord, not my feet only but also my hands and my head!” 10Jesus said to him, “One who has bathed does not need to wash, except for the feet, but is entirely clean. And you are clean, though not all of you.” 11For he knew who was to betray him; for this reason he said, “Not all of you are clean.” 12After he had washed their feet, had put on his robe, and had returned to the table, he said to them, “Do you know what I have done to you? 13You call me Teacher and Lord—and you are right, for that is what I am. 14So if I, your Lord and Teacher, have washed your feet, you also ought to wash one another’s feet. 15For I have set you an example, that you also should do as I have done to you. 16Very truly, I tell you, servants are not greater than their master, nor are messengers greater than the one who sent them. 17If you know these things, you are blessed if you do them…

Tonight is the night.  Tonight is the night when death begins to cross the threshold into life, when Jesus begins to slip away from the disciples and from his life here on earth and surrenders to what will be, surrenders to where this journey will take him.  But before all that, before the history of the world changes, before the Divine comes once again flooding into the earth, before Jesus takes that last walk to the Cross, he gets up and ties a towel around him, kneels, and washes the disciples’ feet.  Think about what an intimate act that is in the middle of this Passover crowd.

The first time I participated in a foot washing, I have to admit I was a little reticent at first.  Wouldn’t this be uncomfortable?  After all, washing feet is very intimate.  Yep!  That would be the point!  I remember washing one woman’s feet.  Her name was Caroline.  When I picked up her feet, feet that had had a hard life early on in her native Nigeria, feet that had seen wars and conflicts, feet that had known deep grief in the death of her husband when she was a young woman and deep joy at the lives of her four sons who she had raised alone, I felt life.  It was palpable, almost scary, as if it shot through me.  There, holding in my hand, was not a foot, but life, God-given life, rich life.  I was holding her humanity—and mine.  And then Caroline started praying aloud in her native language.  It was incredible.  It was transcendent.  I understood what it all meant.  I understood why Jesus knelt and washed the disciples’ feet.  Washing feet calls one to serve; having one’s feet washed calls one to be vulnerable, to let go, to surrender.  Foot-washing is life.  It is a way of entering each other, of knowing each other, of sharing each other. If you know these things you are blessed if you do them.

When Jesus was finished, he got up, removed the towel, and looked at the disciples.  He had tears in his eyes.  He knew this would be the last time that he would share in this way with them.  This would, after all, be the last night that Jesus could share humanity with them.  He knew that and now they did too.  Sharing humanity…such a rich, profound, joyous, sometimes painful experience.  Jesus showed us what being fully human looks like—not “only” human, but “fully” human, the way God created us to be.  Being fully human means compassion; it means service; it means vulnerability; it means connection; it means love; it means life.  It would be impossible to maintain the barriers we build between us if we were fully human.

Oh, don’t get me wrong, I don’t think being fully human means that we sit around with permanent smiles on our faces and sing “Kum-ba-yah” nonstop.  (Nothing against that song.)  Being human means that you feel—feel joy, sorrow, hurt, anger, etc.  So being fully human means that you feel them fully, right?  You feel them and then you take your shoes off and wash each other’s feet so that they can feel them too.  Wow!  Let’s have Congress wash each other’s feet.  Not only would that stay a few news cycles, it might even get them to talk or even listen.  Let’s have all of the leaders from every country meet for a day of old-fashioned footwashing.  I wonder what the world would look like if we shared our humanity. 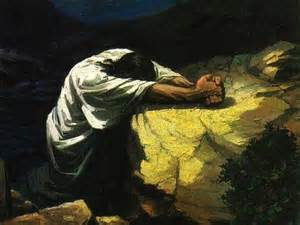 So on this night of nights, when death looms up ahead, and friends are sharing their lasts, remember what Jesus taught us—how to be human, fully human, how to be real, how to be who God envisioned we would be.  Remember that Jesus taught us how to feel, how to live, how to love. If you know these things you are blessed if you do them. And after all these things, Jesus turned and looked to God knowing that the end was here.  The soldiers came and took him down the path.  He turned and looked back at them—those he had called, those he had led, those he loved.  He loved them all, even the one who had just kissed his life away.  They would be fine.  They were not alone.  They had each other.  They were on their way to being free, to being fully human.  “Take this cup from me.  I have done what I came to do.  Now I look to you.”

FOR TODAY: First, take your shoes off. And be fully human.