Skip to content
HomeREMEMBERING OUR JOURNEY: When Things Began to Change (Yet again!) 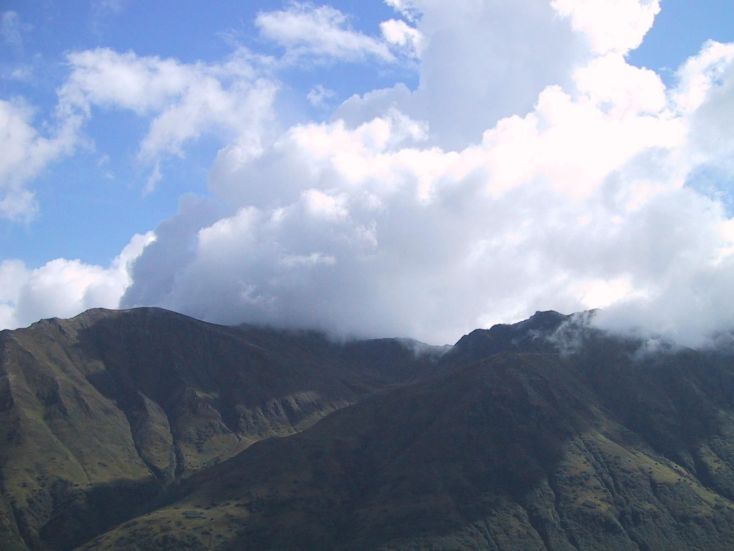 Six days later, Jesus took with him Peter and James and his brother John and led them up a high mountain, by themselves. And he was transfigured before them, and his face shone like the sun, and his clothes became dazzling white. Suddenly there appeared to them Moses and Elijah, talking with him. Then Peter said to Jesus, “Lord, it is good for us to be here; if you wish, I will make three dwellings here, one for you, one for Moses, and one for Elijah.” While he was still speaking, suddenly a bright cloud overshadowed them, and from the cloud a voice said, “This is my Son, the Beloved; with him I am well pleased; listen to him!” When the disciples heard this, they fell to the ground and were overcome by fear. But Jesus came and touched them, saying, “Get up and do not be afraid.” And when they looked up, they saw no one except Jesus himself alone. As they were coming down the mountain, Jesus ordered them, “Tell no one about the vision until after the Son of Man has been raised from the dead.”

And then our journey brought us to the mountain.  We should have known.  Mountains have always been places of change even as far back as Moses and the Commandments.  But we followed.  Maybe we knew that things would change and maybe we were just being naive.  So we followed Jesus up the mountain that day not knowing what was about to happen.  And there was Jesus, his clothes having taken on a dazzling hue, blinding, whiter than anything we had ever seen before.  And he was not alone.  There was Moses.  There was Elijah.  It was the most amazing thing, surely not of this world, surely something miraculous.  Peter was funny, wanting to build a dwelling for the three.  But at least he spoke.  The rest of us just sort of stood there dumbfounded.  What would we do next?  What was about to happen to us?  And the voice!  Who’s voice was that?  I think it was God.  I know that sounds far-fetched, but I think it was God.  It was God telling us to listen, to listen to Jesus, to listen to our hearts, to listen to the journey.  It was obvious that things had begun to change.  We fell down trying to shield ourselves.

And then in a moment, it was quiet.  We looked up.  The light was gone.  Elijah and Moses were gone.  And there was Jesus.  He looked the same and yet he was different.  Maybe we were different.  Maybe our eyes had been scarred by the bright lights.   Or maybe we had finally learned to look at things differently, to see the change we were being called to see, to traverse the journey ahead with new eyes.  We gathered our things together without speaking.  There were no words that belonged in the holy silence that embraced us.  We wanted to stay, stay there on that mountain with memories of the bright lights and that Presence.  But Jesus took our hands and beckoned us to follow.  We began to walk down the mountain.  There, there was Jerusalem in the distance.  Things were about to change.  We knew it.  But we descended from the mountain that day.  Jesus told us not to say anything.  We would understand it later.  But, for now, we had to return to the world.  The mountain was not ours.

Change is hard.  We try desperately to hold on to what we know, to what is safe and secure, to what feels comfortable.  But every once in awhile, we have a mountain we have to climb.  We ascend into the fog and something happens there.  Our world changes.  And for a little while, God stops talking, perhaps waiting for our silence so that we, too, can listen for what comes next.  On this day, we ascended the mountain as learners following a master.  And, looking back, the ones who walked down the other side together were different.  There was work to do and we were the ones that were called to do it.

Lent teaches us that the world is not ours to plan or control. It is ours to embrace and journey through.  Sometimes we will have things that shake us to our core.  And so we descend the mountain in silence listening for God.  There is more to do.  There is more holy work.  And what God has in store for us is nothing short of a miracle.  And so for now, things are beginning to change.  Jerusalem awaits.

On this day before Holy Week begins, we know that things will change.  Embrace them.  Live them.  Change with them.  And walk.  The journey is yours alone.

2 thoughts on “REMEMBERING OUR JOURNEY: When Things Began to Change (Yet again!)”