Therefore, since we are justified by faith, we have peace with God through our Lord Jesus 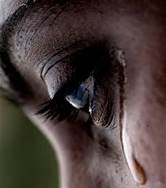 Christ, through whom we have obtained access to this grace in which we stand; and we boast in our hope of sharing the glory of God. And not only that, but we also boast in our sufferings, knowing that suffering produces endurance, and endurance produces character, and character produces hope, and hope does not disappoint us, because God’s love has been poured into our hearts through the Holy Spirit that has been given to us.  For while we were still weak, at the right
time Christ died for the ungodly. Indeed, rarely will anyone die for a righteous person—though perhaps for a good person someone might actually dare to die. But God proves his love for us in that while we still were sinners Christ died for us. Much more surely then, now that we have been justified by his blood, will we be saved through him from the wrath of God. For if while we were enemies, we were reconciled to God through the death of his Son, much more surely, having been reconciled, will we be saved by his life. But more than that, we even boast in God through our Lord Jesus Christ, through whom we have now received reconciliation.

This is one of the hardest Scriptures for us (or at least the part of “us” that is “me”).  What do you mean suffering results in hope?  That can’t be right.  I mean, suffering=bad, hope=good.  Everyone knows that.  Isn’t that how it works?  But suffering is a part of life.  It doesn’t mean that you did something wrong.  It certainly doesn’t mean that God is sitting off somewhere doling out suffering like it’s some sort of giant card game.  And, please, DO NOT tell me that God would never give me more than I can handle. (aaaggghhh!)  What are we all supposed to get some sort of ration of suffering?  No, that’s not the way it happens at all.  Suffering just happens.  It happens because it is part of life.  We do not live as mechanical robots.  Suffering is part of the richness and profundity of life.  Maybe it’s the downside of having skin, of being created, of being real.  We all have needs.  Sometimes life is just too much.  (And sometimes it’s not enough.)  But will all suffer.  And where is God?  There…there in the midst of the suffering.  Suffering reveals the heart of God.

Almost twenty years ago, I had the opportunity to visit Auschwitz, Poland.  I expected to be appalled; I expected to be moved; I expected to be saddened at what I would fine.  I did not expect to become so personally or spiritually involved.  As you walk through the concentration camp, you encounter those things that belonged to the prisoners and victims that were unearthed when the camp was captured–suitcases, eye glasses, books, clothes, artifical limbs, and shoes–lots and lots and lots and lots of shoes–mountains of humanity, all piled up in randomness and namelessness and despair.  This is the epitome of suffering.  This is humanity at its worst.  This is humanity making unthinkable decisions about one another based on the need to be in control, based on the need to be proven right or worthy or acceptable at the expense of others’ lives, based on the assumption that one human is better or more deserving than another.  It is something that in this divisive and vitriolic climate, we need to think about, to perhaps revisit what happened in what seems another world but is in THIS century of humanity.

And yet, God CHOSE to be human.  God CHOSE to put on skin, temporarily separating the Godself from the Holy Ground that is always a part of us, and enter our vulnerability.  God willingly CHOSE to become vulnerable and subject to humanity at its worst.  God CHOSE the downside of having skin.  Now maybe God was having an off day when that divine decision was made, but I think it was because beneath us all is Holy Ground.  God came to this earth and put on skin and walked this earth that we might learn to let go, take off our shoes, and feel the Holy Ground beneath our feet.  God CHOSE to be human not so we would learn to be Divine (after all, that is God’s department) but so that we would learn what it means to take off our shoes and feel the earth, feel the sand, feel the rock, feel the Divine Creation that is always with us and know that part of being human is knowing the Divine.  Part of being human is being able to feel the earth move precariously beneath your feet, to be vulnerable, to be tangible, to be real, to take on flesh, to put on skin, to be incarnate.  Part of being human is making God come alive.

Suffering exists.  It always exists.  Right now, there are people living in fear in Syria with no place to go.   There are young persons in North Korea that have seen what freedom can be and are craving it.  (Look at Flash Drives for Freedom.  What a cool thing!) There are people in Africa who do not know from where their next meal come.  Maybe we could stand a little reframing from Paul too.  For us, suffering is a failure; within the vision of God, suffering holds hope for newness.  Because in the midst of suffering, just like in the midst of everything else, we find God.  God walks with us through it, loving us and holding us, perhaps even revealing a way out of it, if we would only listen, and gives us a glimpse of what is to come.  The suffering of the world reveals the heart of God, reveals the holiness that is, if we will only look.  It doesn’t explain it; it doesn’t make it easier; it just reminds us that it is not the final chapter.  Maybe it’s the downside of having skin, which means that you are human, a child of God, made in the image of God, with so much more ahead.

In this season of Lent, we once again walk toward the Cross, with the drums of discord, still this moment far in the distance, growing louder with each step.  This season lasts for forty days.  But those forty days do not include the Sundays of Lent.  Known as “little Easters”, they are opportunities to glimpse and celebrate the Resurrection even in the midst of darkness.  They are reminders that even in this season of Christ’s Passion and Death, their is always a light on the horizon.  Resurrection always comes.  But it’s not a fix; it’s not a reward for the most powerful; it’s what happens when God’s love is poured into our hearts.

Look back from where we have come.  The path was at times an open road of joy.  At others a steep and bitter track of stones and pain.  How could we know the joy without the suffering?  And how could we endure the suffering but that we are warmed and carried on the breast of God? (Archbishop Desmond Tutu)

On this Lenten journey, do not avoid the hard times, but live them, embrace them, make them yours.  And find in them hope for the journey.

One thought on “The Downside of Having Skin”