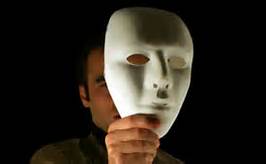 From now on, therefore, we regard no one from a human point of view; even though we once knew Christ from a human point of view, we know him no longer in that way. So if anyone is in Christ, there is a new creation: everything old has passed away; see, everything has become new! All this is from God, who reconciled us to himself through Christ, and has given us the ministry of reconciliation; that is, in Christ God was reconciling the world to himself, not counting their trespasses against them, and entrusting the message of reconciliation to us. So we are ambassadors for Christ, since God is making his appeal through us; we entreat you on behalf of Christ, be reconciled to God. For our sake he made him to be sin who knew no sin, so that in him we might become the righteousness of God.

So what does that mean to no longer look at others or even Christ from a human point of view?  I mean, how can we do anything different?  We ARE human.  And we are meant to be human, human as Christ was human, fully human. It means that, once again, we are called not to jump away from this world but to look at things differently, to bring this perspective of this “new creation” into not only our lives but the lives of others as well.  We have been reconciled with God through Christ, according to Paul.  The Divine presence of God has come to dwell with humanity for all.  We have been given that which will sustain us beyond what we perceive as our wants, our desires, and even our needs.

I think that most of us sort of pretend to be human.  We know what is right and good and we try but fear and our need for security seeps in when we least expect it.  So we once again don our masks so that we will look faithful and righteous.  But we read here that we are called to look at everything with a different point of view, something other than a “human” point of view.  It’s about a change in perception.  That’s what this journey does.  It changes our perspective.  Where we once believed in Jesus as the one to emulate, the one who came to bring us eternal life, we now view Christ as the Savior of the world, the one that has ushered the Kingdom of God into everything, even our humanness.  It changes not only the way we view Christ, but also the way we view the world.  We live as if the Kingdom of God is in our very midst–because it is. Our change in perception means that we unmask, that we find our real self, that self that sees Christ’s presence even now and sees all of God’s children as part of that Presence.

Andre Berthiame once said that “we all wear masks and the time comes when we cannot remove them without removing some of own skin.”  In other words, sometimes it is hard and perhaps a little painful, but it is the way to reveal who we are called to be.  No longer do we live our lives with some faint vision of a “someday” or a “somewhere” that is out there and to which we’re trying to journey.  God’s Presence, God’s Kingdom, is here, now.  And as God’s new creation, we see that the air is thick with its presence.  And as God’s children, our very lives are so full with God’s Presence that we can do nothing else but journey with it.

In his book, “Simply Christian“, N.T. Wright contends that “Christians are those who are already living “after death,” since Christ has raised us from the grave.  We ought more properly to speak of the world to come as “life after life after death.”  This is the change in perception.  It is looking beyond, living “as if” the Kingdom of God is here in its fullness, because that is how it will be.  It means that we live open to what God is showing us rather than walking through life with our eyes masked because we already know the way.  There is a story from the tradition of the 4th century Desert Mothers and Fathers that tells of a judge who goes into the desert looking for Abba Moses, who could provide him spiritual direction.  But he returned disappointed, complaining that the only person he met was an old man, tall and dark, wearing old clothes.  And he was told, “that was Abba Moses.”  He had been so affected by his perceptions, his view of what he should find through his human view, that he wasn’t open to all that the Kingdom held for him to learn.  That is what we are called to do on this Lenten journey–change our perceptions, unmask, begin to view our life “as if”, as if the Kingdom of God were already in our midst (because it is.)

As you journey through this Lenten season, begin to look at things differently.  Rather than limiting yourself to a human view with your pre-conceived perceptions, open yourself to what God is showing you and begin to live “as if”.

One thought on “Unmasking”