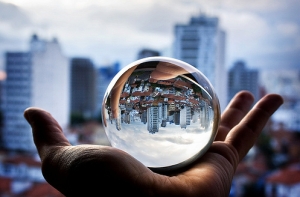 Lectionary Passage for Reflection:  Luke 1:47-55
“My soul magnifies the Lord, 47and my spirit rejoices in God my Savior, for he has looked with favor on the lowliness of his servant. Surely, from now on all generations will call me blessed; for the Mighty One has done great things for me, and holy is his name. His mercy is for those who fear him from generation to generation. He has shown strength with his arm; he has scattered the proud in the thoughts of their hearts. He has brought down the powerful from their thrones, and lifted up the lowly; he has filled the hungry with good things, and sent the rich away empty. He has helped his servant Israel, in remembrance of his mercy, according to the promise he made to our ancestors, to Abraham and to his descendants forever.”

We love this passage.  It is Mary’s Song, the poetic rendering of her realization that she has truly been blessed, that she has been called to do what no one else has done, what no one else will do.  She has been called to give birth to God in this world, to deliver the promise that her people have always known.  But, lest we overly-domesticate the young girl that we know as Mary, these words attributed to her are downright radical.  This is a strong and faithful young woman who is responding to her call not just to birth a baby into the world, but to also open the doors to the eternal as it comes flooding in.  She is the forerunner, the one who opens the door that so many have tried desperately to nail shut then and even now.  She has brought God’s Presence into something that we can see, that we can fathom.  But it comes with a price.  No longer can we continue to live our lives as we have.

E. Stanley Jones called The Magnificat “the most revolutionary document in the world”.  It is said that The Magnificat terrified the Russian Czars so much that they tried to dispel its reading.  It is an out and out call to revolution.  Less subversive language has started wars.  Edward F. Marquart depicts it as God’s “magna carta”.  It is the beginning of a new society, the preamble to a Constitution that most of us are not ready to embrace.  We’d rather chalk it up to the poetry of an innocent young woman.  But this…

God will scatter the proud, those who think they have it figured out, those who are so sure of their rightness and their righteousness.  In other words, those of us who think that we have it all nailed down will be shaken to our core.  The powerful–those with money, those with status, those with some false sense of who they are above others–will be brought down from their high places.  The poor and the disenfranchised, those who we think are not good enough or righteous enough, will be raised up. They will become the leaders, the powerful, the ones that we follow.  The hungry will feel pangs no more and those who have everything–the hoarders, the affluent, those are the ones whose coffers will be emptied to feed and house the world.  God is about to turn the world upside-down.  Look around you.  This is not it; this is not what God had in mind.  And God started it all not by choosing a religious leader or a political dynamo or even a charismatic young preacher but a girl, a poor underage girl from a third-world country with dark skin and dark eyes whose family was apparently so questionable that they are not mentioned and whose marital status seemed to teeter on the edge of acceptable society.  God picked the lowliest of the lowly to turn the world upside down.

We try so hard to do things right, to do what we can to fill the needs of the world.  But the Magnificat does not call us to fix things.  It does not call us to share what think we can with the less fortunate.  It calls us to change, to turn our lives upside down.  So, who is supposed to make this happen?  We are.  You know…”We the People”.  What does this mean?  Well, you know that vision that we keep talking about?  This is it.  This is the beginning.  This is the cracking open of the locked door so it can flood into our lives and into our being.  And if we just listen, just let it be, think what it would like:

There will be no more days like today when we remember the first anniversary of the worst mass school killing in our history.   Never again will we remember 20 children and 6 adults who did not have to die before their lives were filled.  The woman who came through my neighborhood Wednesday night looking through the trash cans for food will have more than the meager pasta and sauce and peanut butter and apples and bananas and crackers that I hastily threw in a bag for her.  No more soldiers and no more children that were just in the wrong place at the wrong time will die in needless violence as we fight for control of this world or attempt to insure that weapons of mass destruction will not be used against us.  There will be no more illness or death because someone could not afford medical care or because they live in a place that does not provide it.  There will be no young people who cannot get a good and solid education with the best resources and technical support that our world and our brains now offer.  Our earth will no longer cry in pain as we consume resources beyond what we need and throw the rest away.  And each of God’s creatures–human and others–will have what they need and the relationships that they need to become what God calls them to be.  In other words, everyone will know, finally, that they have a home.

Aren’t we supposed to be looking toward Christmas?  Isn’t this supposed to be a joyous time?  Why in the world, you ask, am I depressing everyone?  Because, you see, God did not wait to come into the world until everything was right.  God chose instead to come and show us how to be who we were created to be.  And that, that is pure joy beyond anything that we can imagine.  That is our blessing.  Now it’s our turn…“We had the option to do nothing, or to do something.  And then when you think of it like that, we didn’t have any options.” (Mark Barden, whose 7-year old son, Daniel, was killed at Sandy Hook Elementary one year ago today.)

We the People…in Order to form a more perfect Union, establish Justice, insure domestic Tranquility, provide for the common defence, promote the general Welfare, and secure the Blessings of Liberty to ourselves and our Posterity, do ordain and establish this Constitution…

Blessed be the God of Israel, who comes to set us free;
he visits and redeems us, he grants us liberty.
The prophets spoke of mercy, of freedom and release;
God shall fulfill his promise and bring his people peace.

Reflection:  What part of God’s vision are you called to bring?  What in your life do you need to turn upside down?  In other words, what do you plan to do with this life you’ve been given?