Skip to content
HomeHow To Be a Good Citizen 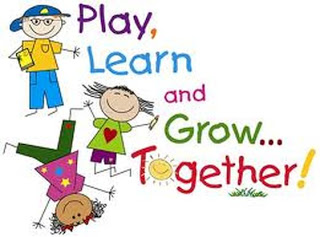 This Week’s Lectionary Passage: Philippians 3:17-4:1
17Brothers and sisters, join in imitating me, and observe those who live according to the example you have in us.18For many live as enemies of the cross of Christ; I have often told you of them, and now I tell you even with tears.19Their end is destruction; their god is the belly; and their glory is in their shame; their minds are set on earthly things.20But our citizenship is in heaven, and it is from there that we are expecting a Savior, the Lord Jesus Christ.21He will transform the body of our humiliation that it may be conformed to the body of his glory, by the power that also enables him to make all things subject to himself.  4Therefore, my brothers and sisters, whom I love and long for, my joy and crown, stand firm in the Lord in this way, my beloved.

So what does it mean to be a good citizen?  I mean, we’re taught that beginning when we’re young, right?  Well, according to Paul, it all depends on where one’s citizenship lies.  Essentially, he is laying out two realities–one that surrounds his hearers on this earth and the other, the other is the way to live authentically, the way to live as God calls us to live.  It is a depiction of a life of holiness.

Now we need to understand here that the people of Philippi were Roman citizens who took this very seriously. Philippi was a Roman, rather than a Greek, colony.  But not everyone was a citizen.  “Citizenship” was not a right.  It was not earned or claimed.  It was something that came with birthright only.  So, their power came through their rights as natural and inherited citizens.  But Paul is claiming to them that they have a much more significant citizenship waiting for them.  It is essentially a redefinition of their very identity.  And this citizenship did not carry a distinction of either class or birthright.  It was open to all.  This was indeed a new citizenship and one founded on the cross.  It is a relationship based on others (as opposed to the self-centered “god in one’s belly” type of life).  It is a citizenship that is not inherited but is rather lived.  It is based on humility and self-sacrifice, just as Jesus Christ lived.  It is a holy and sacred citizenship.

The problem is that you can’t really do both.  We’re not talking about some sort of dual citizenship here.  Paul is claiming that one is either a citizen of this world or a citizen of that vision of what the world could be that God holds. But I don’t think that it’s a clear “either-or” choice either.  (Don’t you hate that?  Isn’t that just the way this walk of faith keeps working?) After all, part of being a “citizen” in this way of Christ is to live in THIS world.  So, basically, we are not choosing to reject the world but rather to live as resident aliens in it, to live as citizens of a world yet to come in a world that is yet to change. (Hmmm!  That just sort of makes your head spin, doesn’t it?)  Yes, we are called to live in a world that expects us to adopt its customs and speak its official language, to worship and vote in the way that the majority expects, and to live quietly and good and productive citizens.  And yet, our calling as followers of Christ has nothing to do with any of that.  It is about living a life that welcomes the diversity that is humanity, that speaks out for the least and the last and against the injustices that this world holds, and living not as merely productive beings but as those who are alive.  And the rights of this citizenship?  That’s easy–it’s the right to live, to be, to love, to become.  It’s the right to come alive and it belongs to us all.

So, what is the pathway to that citizenship?  It is this…this Way that we’re on, this Way that makes us come alive. So in this Season of Lent, come alive!  What does it mean to live in this world as a citizen of a world to come?