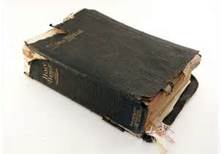 Lectionary Passage: Luke 4: 14-21
14Then Jesus, filled with the power of the Spirit, returned to Galilee, and a report about him spread through all the surrounding country. 15He began to teach in their synagogues and was praised by everyone. 16When he came to Nazareth, where he had been brought up, he went to the synagogue on the sabbath day, as was his custom. He stood up to read, 17and the scroll of the prophet Isaiah was given to him. He unrolled the scroll and found the place where it was written: 18“The Spirit of the Lord is upon me, because he has anointed me to bring good news to the poor. He has sent me to proclaim release to the captives and recovery of sight to the blind, to let the oppressed go free, 19to proclaim the year of the Lord’s favor.” 20And he rolled up the scroll, gave it back to the attendant, and sat down. The eyes of all in the synagogue were fixed on him. 21Then he began to say to them, “Today this scripture has been fulfilled in your hearing.”

Both this passage and the Old Testament lection for this week (Nehemiah 8: 1-3, 5-6, 8-10) have to do with reading Scripture.  Isn’t that interesting–a Scripture about reading Scripture?  So was it important to include these passages so that we would understand what the Scriptures should mean to us?  After all, we revere the world, processing the Bible in each week, the closest thing that we can get to a tangible representation of “The Word of the Lord.”  And when we reach third grade, we experience one of those all-important church rites when we receive our Bible.  And somewhere along the way, we somehow get the impression that this heavily-bound, often golden-tipped set of pages is itself holy, an instrument of worship, but, more than that, a set of words that can lead us to God.   It is that notion that led me to an almost sick feeling when I have walked into my house three separate times to encounter the chewed and tattered pages of a Bible strewn across the floor.  Yes, Maynard, the over-zealous Black Lab with apparently an unquenchable appetite for the Scriptures, has eaten three Bibles.  I had someone ask me if he had eaten the whole thing.  No, I responded, he’s really just like all of us–picking and choosing what he wants to digest and leaving the rest in disconnected pieces behind.  (Oh, admit it, how many of you have really read the thing cover to cover?)  I mean, I tried a couple of times when I was little (with my third grade Bible) but somewhere around Genesis 10, I’d get discouraged by people I didn’t know and names I couldn’t pronounce and what seemed an overwhelming sense of needless violence.  Hmmm!  I guess the Bible is about us, isn’t it?

So in this Scripture (the one about reading Scripture), the hometown boy returns and, as was the custome, he stood in the synogogue to read.  Renita Weems contends that this is the way Scripture should be read–in a public gathering, out loud.  The words that Jesus read–“the Spirit of the Lord is upon me…to bring good news…to bind up, to proclaim liberty, to bring release…”–these words were his manifesto.  And in that moment as Jesus read those words that had been read aloud for centuries before by people he didn’t know named names that he couldn’t pronounce, something happened.  The words were brought to life.  Jesus was not reading mere words; rather, the Spirit was pouring into them.  That is what Scripture should do to us.

This day, we’re in the third of four weeks when our older elementary students participate by reading Scripture in the middle service.  I’ve had the privilege of working with some of those kids during the week before each Sunday to better prepare them.  I love doing that.  There is a freshness, an eagerness, an almost hunger.  They are excited and afraid at the same time.  They sense the gravity of it all, even if they don’t fully understand it.  When did we lose that?  Was it when we finally learned to pronounce the worlds?  Or was it when we became satisfied with what we thought we understood of it?  Or has Scripture become so perfunctory that we have missed what it holds?  You see, the Scriptures contain more than words.  Read between the lines.  There is oh, so much more there.  Don’t focus so much on the words or even what they say.  Let us instead delve into not the words but the Word.  Let us open ourselves to the possibility that it means something more and let God’s Spirit come upon us.

Scripture has been compared to a lake whose depths have never been fully plumbed.  On the surface it looks like any other lake; that is, we see human words like those in other books.  But when we jump into the lake and begin to swim downward, we may be unable to find the bottom.  It is as if those human words become transparent to some mysterious and infinite depth we can never fully grasp.  Perhaps that is why one writer can say “Sounding in and through the human words of scripture, like the sea within a conch shell, is another reality, vaster than mind or imagination can compass.  God has chosen to be bound to the words of Scripture; in and through them, the Holy One comes near…It is not that the words magically or mechanically contain God’s Presence, but that as we allow the same Spirit through which the scriptures were written to inform our listening, the presence of God in and beyond those words becomes alive for us once more. (Marjorie Thompson, Soul Feast:  The Invitation to the Christian Spiritual Life (Louisville, KY:  Westminster-John Knox Press, 1995), 19-20)

The Word of the Lord!

Thanks be to God!