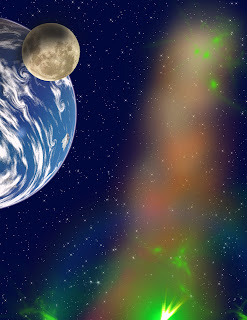 Today’s moon is being called a Supermoon, an astronomical phenomena when the moon will be closer to the earth (nearly 17,000 miles closer than average) than it will be for another twenty years.  The scientific term for this occurrence is perigee-sygygy.  Perigee is Greek word essentially meaning orbit and sygygy (also with some Greek roots) implies unity that comes through alignment.

“Unity that comes through alignment”–what a great image for this Lenten season, a season of realigning one’s priorities, one’s thoughts, indeed one’s very life with God.  But most people probably have in their minds right now that God is the metaphorical moon moving closer to us as we work toward completion of this realignment process, as if what we are doing is somehow successfully pulling a wandering God back toward us.  No, that’s not it.  We are the ones that tend to wander, that tend to sometimes move so far away that it is difficult to see God.  God is not static or unmoving but God is not running away.  God is inviting us to move as God moves, a sort of orbital dance, if you will.  Maybe, then, Lent is about our becoming a Supermoon, moving closer than we ever have, close enough to be part of that sygygy, part of the dance, part of that unity that comes through alignment.

So in this Lenten season, be a Supermoon!