Before the station, pray: I adore you, O Christ, and I bless you, because by your holy cross, you have redeemed the world. 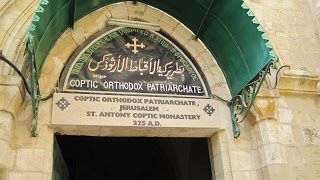 Read Matthew 27: 27-31
Then the soldiers of the governor took Jesus into the governor’s headquarters…They stripped him and put a scarlet robe on him, and after twisting some thorns into a crown, they put it on his head. They put a reed in his right hand and knelt before him and mocked him, saying, “Hail, King of the Jews!”…Then they led him away to crucify him.

For us, we sense that this is a grand procession, but in all truth, this was a common occurrence in that time: the poor criminal, already rejected by society, being dragged to a death that he or she must deserve. And this was the eve of Passover—a busy time to say the least. After all, there were errands to be done and food to be prepared and houses to clean. So think of all the passersby, scurrying through their lives, many complaining about the clogged roads because of the procession. Many would have just passed by on the other side of the road, not wanting to touch or be touched by hopelessness and despair and even death.

We, too, fall whenever we pass by on the other side. We miss the grace that God offers in the touch of the unexpected. We miss the opportunity to be who God calls us to be. Father, forgive.

Jesus, I often pass by on the other side of your grace. I often close my life to the opportunities that you reveal. May my life become one of compassion for others in your Name. Amen.