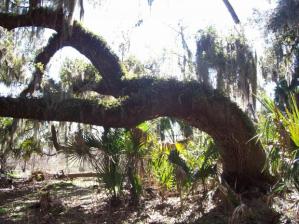 I am for the most part a rule-follower (so I’m trying to get back to posting some blogs!).  Part of it is due to what could probably be considered my meticulous, “Type A” personality, but my guess is that most of it is due to my small-town, Protestant upbringing.  Rules are good.  They create boundaries; they can provide protection; they serve as a foundation on which to stand and from which to grow as we are guided by the remnants of the past.  Our society and our lives are built on rules.  So what happens when the rules are not followed?  Does it always result in chaotic anarchy?  Or are there some rules that it’s alright to stretch just a bit? Do you think that there are possibly some rules that need to be bent?

We all know enough about religion to know that it was based on rules from the very beginning.  My own denomination’s generally-accepted beliefs and consensual polity are encapsulated in The Book of Discipline of the United Methodist Church.  This is not a new publication.  It’s been around for about as long as Methodism has been in the United States.  I have a small collection of antique Disciplines and the oldest one that I have is dated 1828.  I also have one that I found in my great-grandfather’s attic.  It’s from 1900.  When you look through it, there are some similarities to our current one.  It has the Articles of Religion and the General Rules.  But it’s also got some rules that we would probably consider just downright odd.  They seemed to be very concerned with how people dressed and intent on insuring that people did not come to church wearing too much jewelry.  There are very few of us that would fit into that mold of what we’re supposed to look like when we come to church.  The point is that sometime rules change.  Sometimes they need to be edited or added to and I think sometimes they need to be thrown out altogether.

In the Gospel passage that we read, we are given lots of rules.  It starts at the beginning when it tells us that Jesus “took his place at the table.”  He took his place as if there was a designated place where he was supposed to sit.  It was probably, you could surmise, toward the head of the table to the right of the host.  Isn’t that what the rules of etiquette usually tell us?  And then this woman enters—a woman already defined by the community and now by Scripture as a “sinner”.  Somewhere along the way she had apparently broken some rule of conduct and violated what would be considered an acceptable way of living and being. (People have often designated her a prostitute.  Go there if you want, but it never really tells us, so…maybe that’s not a great “rule of thumb”!)  And now she is apparently interrupting what is probably a perfectly-choreographed evening in the home of one of the most respected religious leaders.  She desires to anoint Jesus’ head with oil.  (Boy, I hope she doesn’t get that all over the imported tablecloth!) But standing nearer Jesus’ feet, she is suddenly overcome with emotion and begins to weep.  She begins to wash his feet with her tears, takes down her hair to dry them and then kisses them and pours the anointing oil on them.  What a spectacle that must have been!  And right here in the home of this respected Pharisee!

And so the Pharisee not only pronounces judgment on the woman, but also on Jesus.  After all, they had both broken the rules!  Woman of questionable reputation did not act like this, with weeping and flying hair and all, and if Jesus was really who he claimed to be, he would have known better.  But Jesus’ response is not the apology that the Pharisee and his “respectable” guests probably expected.  Instead Jesus challenges Simon’s pronouncement of both of them by launching into a parable about forgiveness.  And woven through the parable are reminders of what the woman did.  She openly and generously gave of herself, more than anyone else at the table had done.

Jesus is trying to make them realize that there is something more than rules, there is something more than religion, and there is something more than doing the “right thing”.  Ralph Waldo Emerson said that “the faith that stands on authority is not faith”.  I think that is what Jesus is trying to get across.  Faith is not about rules.  The woman’s intense act of love beyond all reasonable expectations and all acceptable actions becomes a means of grace.  It leads us to God.  It shakes us out of our comfort zones of what is normal and expected and even acceptable because, when you think about it, Jesus was very seldom normal and expected and even acceptable.  Instead he showed us how to step out of our boxes and live a life of faith—real faith that is untamed and uncontrolled and virtually undefined, a faith that rips open our carefully-sewn-together lives just enough to let God’s presence spill into them.

In a 2006 article in the “National Catholic Reporter”, editor Tom Roberts said that “we live in an age of expanding religion and a diminishing God.”  Those words probably make several of us squirm.  After all, have we become so sure of who we think God is and what we think God wants from us that we are willing to sacrifice the new and expanding ways that God interacts with our lives?  Religion and faith are not the same thing. Religion is about what we believe and why we believe.  It is about tradition, the institution, the system, and, yes, the rules.  When you think about it, our religion has been constructed over centuries.  It has given us creeds and liturgy and definitions of God.  It gathers us and grounds us and reminds us of a world to come.  It gives us commandments and rules that guide the way we live so that we can become what we seek, so that we can journey toward a oneness with God.  It is meant to lead us to God, not pave the way (as in make it easier) or drive us there.

Somewhere in the midst of those rules we, like Jesus, have to do a little bending.  We have to at some point move beyond and transcend the rules and rituals.  We have to look beyond where we are to that place to which God calls us.  That is where faith comes in.  That is where God, greater than any religion, meets us.

In her book, Called to Question, Joan Chittister says that “in order to find the God of life in all of life, maybe we have to be willing to open ourselves to the part of it that lies outside the circles of our tiny little worlds.”  She goes on to tell a Sufi tale of disciples who, when the death of their master was clearly imminent, became totally bereft.  “If you leave us, Master,” they pleaded, “how will we know what to do?”  And the Master replied, “I am nothing but a finger pointing at the moon.  Perhaps when I am gone you will see the moon.”  The meaning is clear:  It is God that religion must be about, not itself.  When religion [or rules] makes itself God, it ceases to be religion.  But when religion becomes the bridge that leads to God, it stretches us to live to the limits of human possibility.”[i]  Chittister maintains that “religion ends where spirituality begins.”  From that standpoint, these rules, these dogmas, all of these things that make up our religion are not our faith journey, but they lead us through it.  They are, from that standpoint, a means of grace.

And as we change, as our journey changes, as our context changes, perhaps we are sometimes called to the act of bending rules.  It doesn’t mean that we’re dismissing them or ignoring them.  It means that we are allowing the conversation about God to continue.  But more important than that, it means that we are becoming part of the conversation.  We are becoming part of the journey.  And so, perhaps we really are called to a spiritual discipline of bending the rules sometimes.  It is part of the ongoing conversation, the ongoing faith journey of which we are a part.  Sometimes that bending means we just understand it better after we’ve questioned and explored.  Sometimes it means that we need to add something to make it clearer for us and for those who walk this journey with us.  And sometimes it means that we need to get rid of things that no longer augment or serve to depict our understanding of who God is and how God enters and is revealed in our lives.   Hugh E. Brown said that “Christianity is not being destroyed by the confusions and concussions of the time; it is being discovered.”  That is the point.  We don’t discover how God is revealed to us without continuing to think about it, continuing to look and re-address how we have understood God.

That’s what Jesus was doing that day at the Pharisee’s house.  He wasn’t shunning the rules that had been a part of the faith tradition for as long as anyone could remember.  He was just bending them a bit, making them a bit more pliable, a bit more nimble, a little bit more transcendent, a little bit closer to what God had in mind.  The rules are meant to be foundations on which we can stand and through which God is revealed.  But when they become boundaries that control who is welcome and who is accepted, or who is invited to live out their own calling or who is not, that is not what God is about.  So, Jesus didn’t really follow the rules.  In fact, Jesus often got himself in trouble with those rule-followers.  Jesus just loved God and wanted to reveal that love for us and everyone else.  And here was this woman—a sinful woman, the Scriptures say—shunned by the rule-followers and welcomed by God.  Because you see this woman did what we are called to do—love generously and extravagantly, love the way that God loves.  G.K. Chesterton said that we should “let our religion be less of a theory and more of a love affair.”  There are really very few rules—except to love the way God loves and be open to doing perhaps a little bending.

So, go do a little rule-bending of your own!
Grace and Peace,
Shelli
(To see notes on all of the Lectionary texts for this week, go to http://journeytopenuel.wordpress.com/)