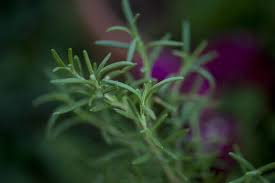 After this, when Jesus knew that all was now finished, he said (in order to fulfill the scripture), “I am thirsty.”  A jar full of sour wine was standing there.  So they put a sponge full of the wine on a branch of hyssop and held it to his mouth.  When Jesus had received the wine, he said, “It is finished.”  Then he bowed his head and gave up his spirit.

You know the story.  The morning came too fast.  Time was running out.  And Jesus was taken to appear before the court in a sham trial with the verdict already set.  The tide had turned and with it the crowds.  They shouted to crucify him.  (I don’t understand.  How can you get so wrapped up in a crowd that you would do that?)  Then he was dragged through the streets until he was almost dead.  He was whipped and spat upon.  And then on some now unknown hill outside of Jerusalem called Golgotha, he was nailed to a cross between two common criminals.  And there is where it ended.

We’re usually asked if “We were there”.  It’s not really biblical but it’s a good question and a heart-wrenching hymn.  But the truth is, there is no evidence that they WERE there.  Mary, Jesus’ mother, was there, along with Mary the wife of Clopas (probably Cleopas, the brother of St. Joseph), and Mary Magdalene.  But the disciples seemed to have disappeared.  I don’t hold it against them.  People handle grief in different ways.  Maybe they just couldn’t take it, particularly those who in some way had played a part in it.  Judas would take his own life, unable to live with his guilt and his grief.  But the others would eventually resurface and they would go back to doing what they were called to do.  They would spread the message of Christ and become apostles and saints.  So, maybe the better question is not “Were you there?” but “Will you remember?”  Will you remember who you are and what you are called to be?

As we continue in our societal quarantine, we’re NOT there.  Actually, we SHOULDN’T be there.  This is important.  It’s what we need to do right now.  But we still remember.  We remember this day that is always so difficult.  We remember the Good Friday or Tennebrae services we’ve had before.  And, most importantly, we remember who we are and what we’re called to do.  I’m doubting many of us will become apostles and saints but our voices are important.  They are needed.  Good Friday is not a funeral; it is a calling.  In this moment, we are swept into the story and we become the Body of Christ.  No, we’re not there, but we remember.  We remember who and whose we are.  And that’s what matters.  The truth was, it WASN’T finished.  It was only the end of a season.  And now a new one begins.

Oh, yeah…the picture of the rosemary.  It’s great on chicken, yes, but it’s also a symbol of remembrance.  Many traditions use it at funerals or plant it on graves.  But remembrance is not about looking back longingly at the past.  It’s about becoming who it has made you and who it calls you to be.  Will you remember?

I have discovered over time that the cross is supposed to take its toll on us. It forms us to find God in the shadows of life. Ironically enough, it’s the cross that teaches us hope…it is this hope that carries us from stage to stage in life, singing and dancing around dark corners. (Joan Chittister)

On this day, let your prayer be a prayer of remembrance–not just looking at the past but taking all that God has given you unto yourself.

And today, we remember.

2 thoughts on “Will You Remember?”