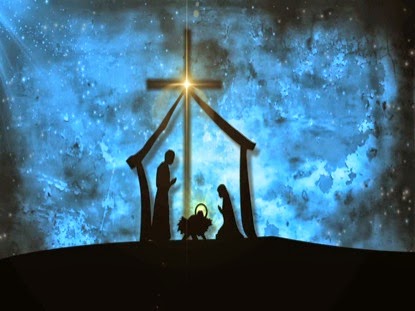 5Consequently, when Christ came into the world, he said, “Sacrifices and offerings you have not desired, but a body you have prepared for me; 6in burnt offerings and sin offerings you have taken no pleasure. 7Then I said, ‘See, God, I have come to do your will, O God’ (in the scroll of the book it is written of me).” 8When he said above, “You have neither desired nor taken pleasure in sacrifices and offerings and burnt offerings and sin offerings” (these are offered according to the law), 9then he added, “See, I have come to do your will.” He abolishes the first in order to establish the second. 10And it is by God’s will that we have been sanctified through the offering of the body of Jesus Christ once for all. (Hebrew 10: 5-10)

So why did God come? Why did the Divine make a way into the ordinary? Why did the Creator of the world, the Maker of all that is, come and dwell within Creation and hang around with the muck and mire of the world? So many times this passage is read as if God somehow traded one world for another, as if God somehow felt the need to start over on the grand plan that God had previously proclaimed as “Good”. Does that really make sense? Did Christ come into the world as a “do-over”, as if what God had so lovingly begun had somehow failed?

I don’t think God is throwing away the old order; I think God is continuing to create it. God is always continuing to create, not to exchange one way of being for another but to change one way of being into another. God was always coming into the world. There were incarnations all along the pathway, if we had only dared to open our eyes and notice. But then it was time for the next chapter for those of us who were called to that part of the story. And what had begun with God’s goodness and God’s mercy and the holiness of the Divine continued, bringing a new order to the whole story.

Christmas did not begin nor end with the manger. The shepherds and the visiting kings did not drop their baby presents off and go back to their lives. As Christians, Christmas is our entrance into the story, into something relevant, into faith, into a story that will take us to Golgotha and then home. It does not replace the part of the story that Abraham brought to us; rather, for us, it brings us into it. And from there, we continue on. So, in a way, Christmas is our birth as much as it is Jesus’. So, in eight days, on that holiest of nights, when you light your candle and sing “Silent Night”, do not look at it as the beginning of the story, but rather the chapter in which you come to be, the very dawn of redeeming grace spilling into a waiting story-filled earth.

Christmas did not come after a great mass of people had completed something good, or because of the successful result of any human effort. No, it came as a miracle, as the child that comes when his time is fulfilled, as a gift of God which is laid into those arms that are stretched out in longing. In this way did Christmas come; in this way it always comes anew, both to individuals and to the whole world. (Eberhard Arnold)